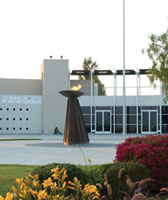 Tours are open to the public. School group tours are available with reservations

The Visitor Center is open to the public. Visit us 10 a.m. - 5 p.m. Monday through Sunday. Guided public tours available on Saturday at 11 a.m., walk-in only. Self-guided tours are available daily from 9.a.m. - 4 p.m. School group tours are also available with a prior reservation.

The Visitor Center contains Team USA Shop, where more than 100 different Team USA-branded items are available for purchase. All proceeds from sales directly support our U.S. athletes. The funding is especially important because U.S. Olympic hopefuls receive no government funding, unlike athletes in other countries.

Which sports are practiced at this facility?

Who are some athletes or teams who have won medals that have practiced here?

Gold medals were won by

Silver medals were won by

Bronze medals were won by